What If Wednesday – What if ….we stop waiting? 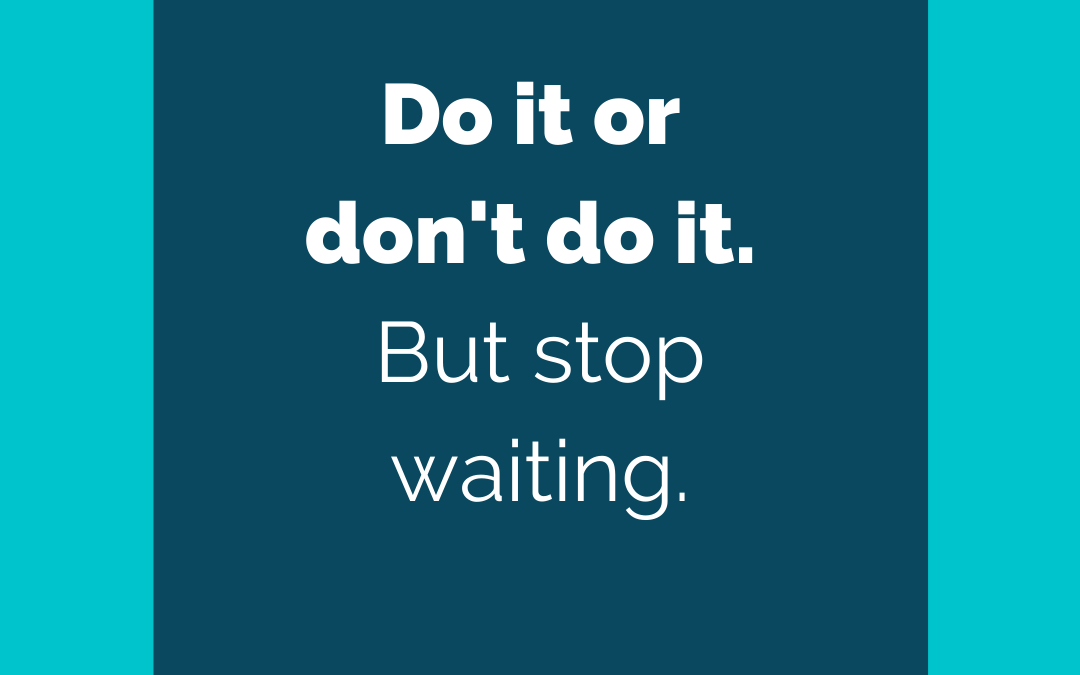 All that waiting is actually about postponing the decision. Then we can say it’s on our to-do list but never have to actually do it.

Sometimes that postponing is about not wanting to do whatever it is – clean the garage, write the great American novel, lose weight, say no. All kinds of things we don’t want to do, and saying “later” seems more polite and safer from criticism than actually taking a stand. If you mean “no,” say it. Take the heat. Move on. Stop feeling guilty.

Then there’s the other reasons. We do want to do it but we “aren’t motivated.” Another secret from me, motivation mostly happens while doing the thing, not thinking about doing the thing.

Procrastination is a stress reliever in a way. We don’t have to deal with the “I want to do it but…” questions. The ones about how we are scared to do it, we are frightened we’ll fail, we are worried we will piss someone off. Again, if you really want to do it, figure out how you’ll deal with those fears and then do it. Or do it anyway.

I say this from experience. I finally stopped saying I wanted to lose weight until I actually did. And I started this blog long before I was “ready” too. Frankly, not sure I’m ready yet, but here I am, two years later.

In the meantime, be good to you. Stay safe, and stay sane.

P.S. Join me on Monday at noon for lunch and check-in and a little fun. We’ll talk about what’s working, what’s challenging and how we are making things happen, quarantine or not.