What If Wednesday – What if….fail on purpose? 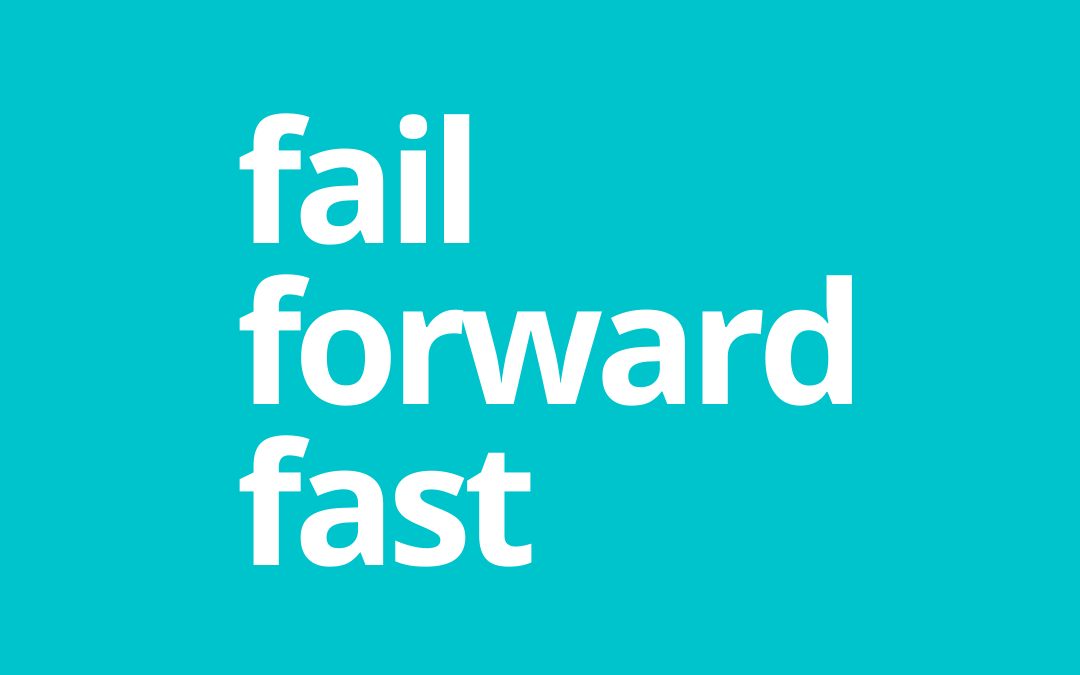 In the start-up world, a frequent mantra is “Fail, forward, fast.” To those who don’t live in that space, in other words most of us, it sounds strange.

For most of us, the goal is success, not failure. But what if success comes from failure? From trying, failing, changing, and trying again?

And for some of us, letting go of the failed thing is hard. We keep trying to fix it. Sometimes, the answer isn’t fix, it’s try something else altogether or start the design over. Fail, then move forward. Quickly. For example, right now speaking on big stages is out for me. So I need to speak virtually. That’s not just about changing how people see me but also what I have to do. I’ve learned by failing that instead of making sure I cover a stage and using my body to make sure the last row understands me, I need to focus on a green dot and make sure my hands don’t go past the edge of the screen. So many screen shots of me flailing my handless arms have taught me about shrinking instead of expanding the space I use. It needs to be different and change comes with some failure before success.  Never failing means never succeeding.

What are you trying to shift for this new world? How would you build it if you were starting from scratch? What would it take to break it or make it a mess? How do you want to adapt?

Our last weekly Monday lunch will be on Monday 6/28 at noon. To join us, just reply and we’ll send you the link.

Then we’ll move to monthly and meet next on Monday, July 27th with a slightly more structured format. In the meantime, don’t hesitate to reach out if you have a leadership challenge.